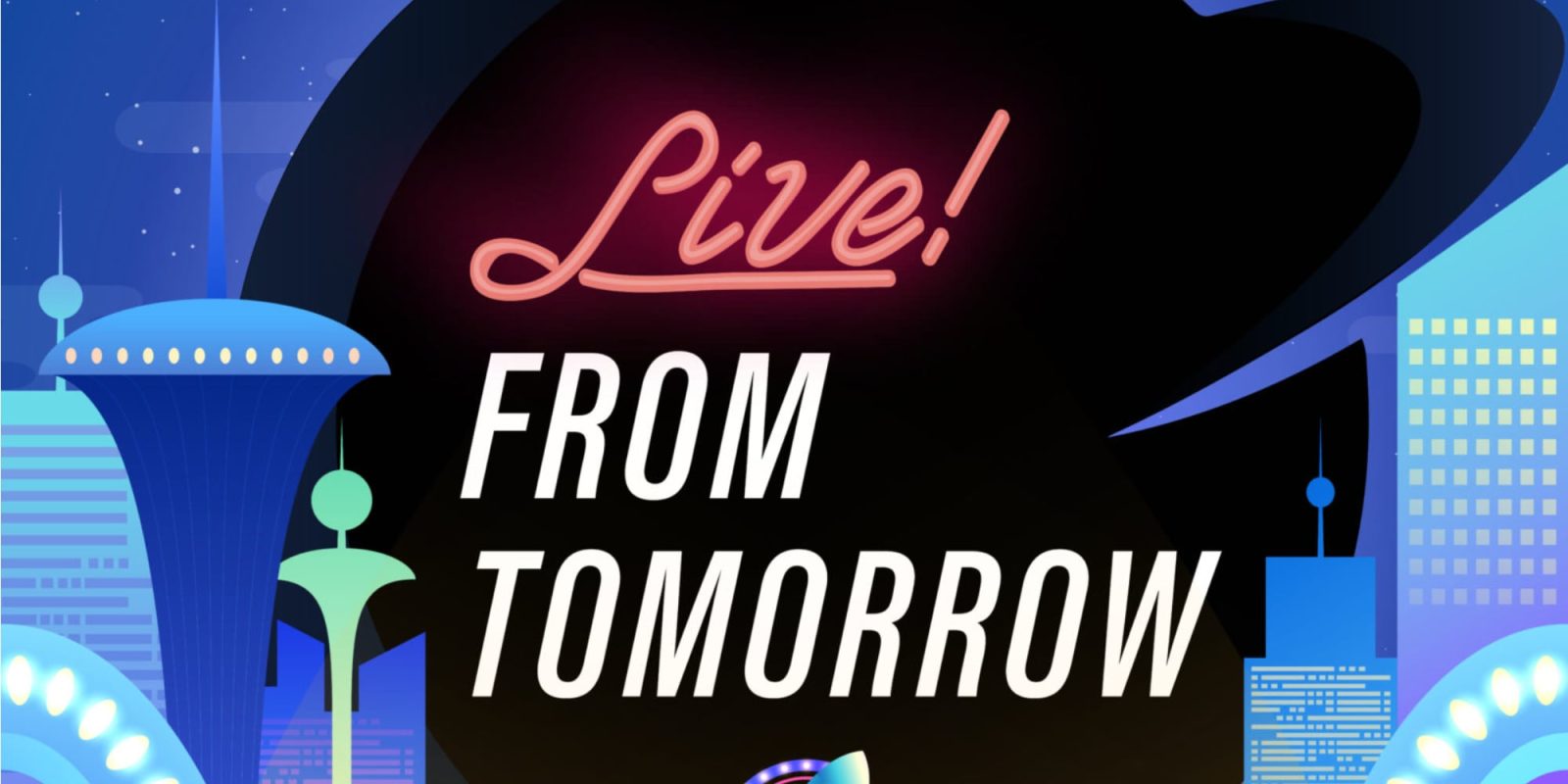 Live! From Tomorrow is a new musical comedy about innovation in tech and business. The unique aspect of it is that it’s a podcast. It’s produced in the style of a cast album, and it combines studio recordings with live performances and interviews. It contains five episodes over two acts. During the show, Matt Hooper launches a variety show from a local coffee shop.

9to5Mac’s Podcast of the Week is a weekly recommendation of a podcast you should add to your subscription list.

I really enjoyed listening to the entire season as it’s a pretty unique concept, and the production value is fantastic. If you’re looking for something new for your workouts or daily commute, check out Live! From Tomorrow.

An epic musical comedy about tech and innovation, think The Producers meets Gimlet’s ‘Startup’ podcast. Over five episodes, the inaugural season tells the extraordinary story of our lead, Matt Hooper, as he launches his new venture – a variety show-within-the-show known as Live! From Tomorrow. Throughout the first season, Matt tackles subjects like climate change, blockchain, coworking, cryptocurrencies, automation, and AI, and interviews real-life icons and innovators like Andrew Yang, Akon, and Jesse Jackson. Recorded in the style of a cast album, the show seamlessly combines studio recordings with live performances and additional interviews with industry expert

Subscribe to Live! From Tomorrow on Apple Podcasts, Spotify, Pocket Casts, Overcast, Castro, or via RSS.

Don’t forget about the great lineup of podcasts on the 9to5 Network.

Check out 9to5Mac on YouTube for more Apple news:

Innovation About the Author

Bradley lives in Chattanooga, TN where he manages Apple devices for a private school.

Tips, feedback, corrections and questions can be sent to Bradley@9to5mac.com.