Both the UK and (today) the USA have given official statistics on how ecommerce and retail have changed during lockdown. The headline numbers are pretty dramatic. The UK went from 20% ecommerce penetration to over 30% in two months, and the USA from 17% to 22%. 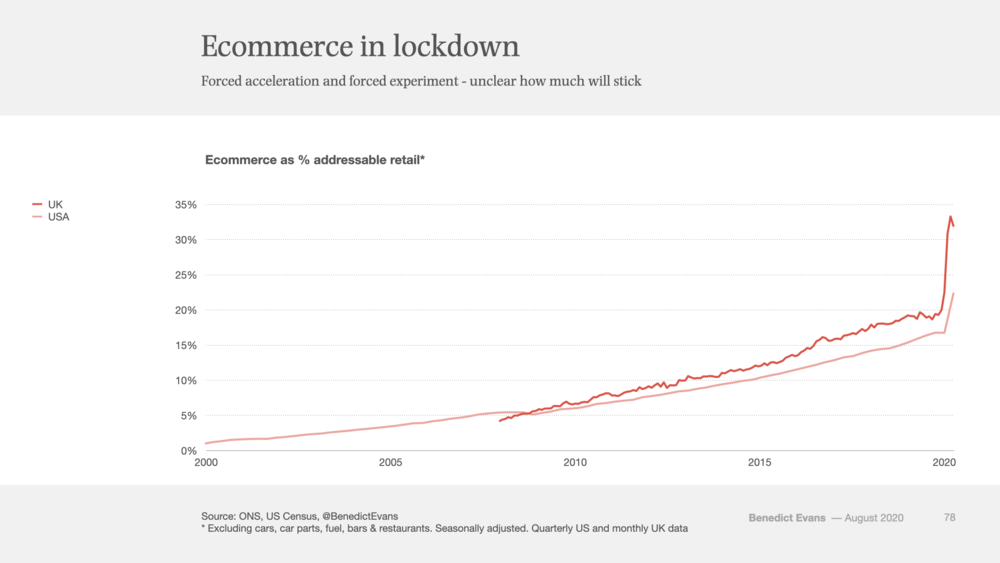 This spike partly reflects a shift in the denominator: digital increased, while sales at most physical retail declined, except for groceries. This effect was much stronger in the UK, where the lockdown was much deeper. Even so, absolute US ecommerce sales rose 32% in Q2. Interestingly, though, absolute UK ecommerce has continued to accelerate even as the lockdown has eased (the UK’s monthly ecommerce numbers make this visible, where the quarterly US reporting makes it harder to tell). 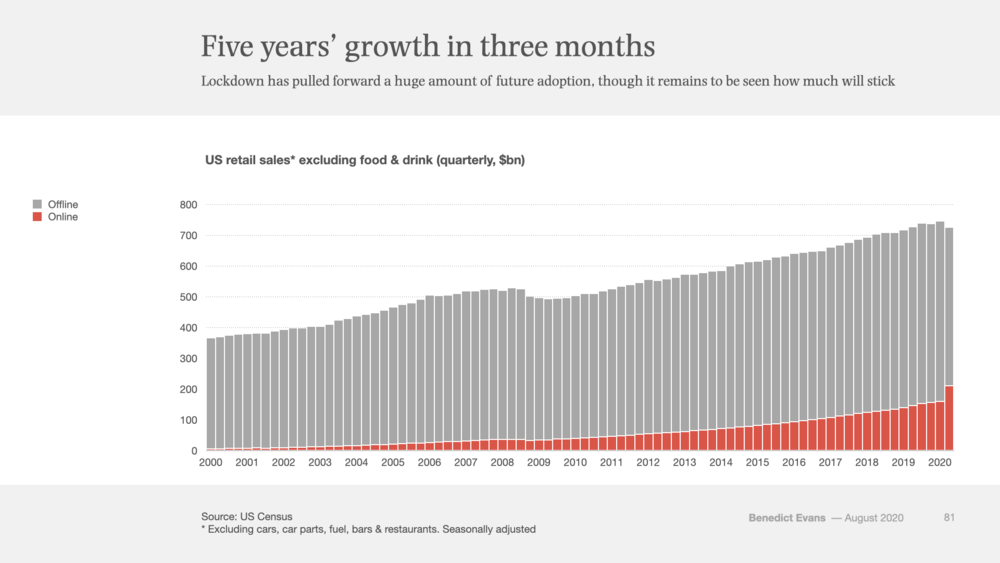 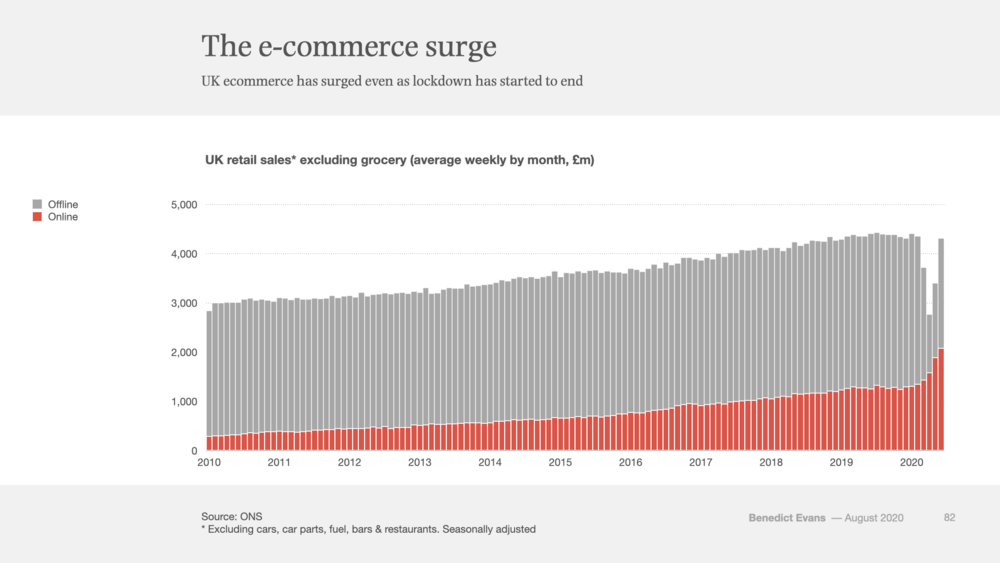 Meanwhile, UK online grocery sales doubled almost overnight, on a low base. Conversely, the UK lockdown has such a dramatic effect on everything else except groceries that the ecommerce share of non-grocery peaked at 60%, though it’s now falling back down. 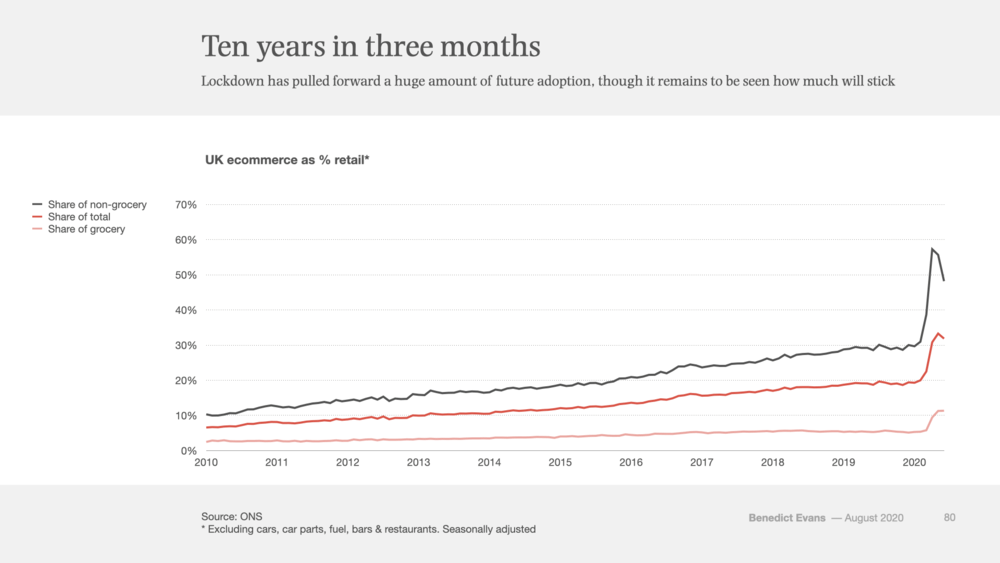 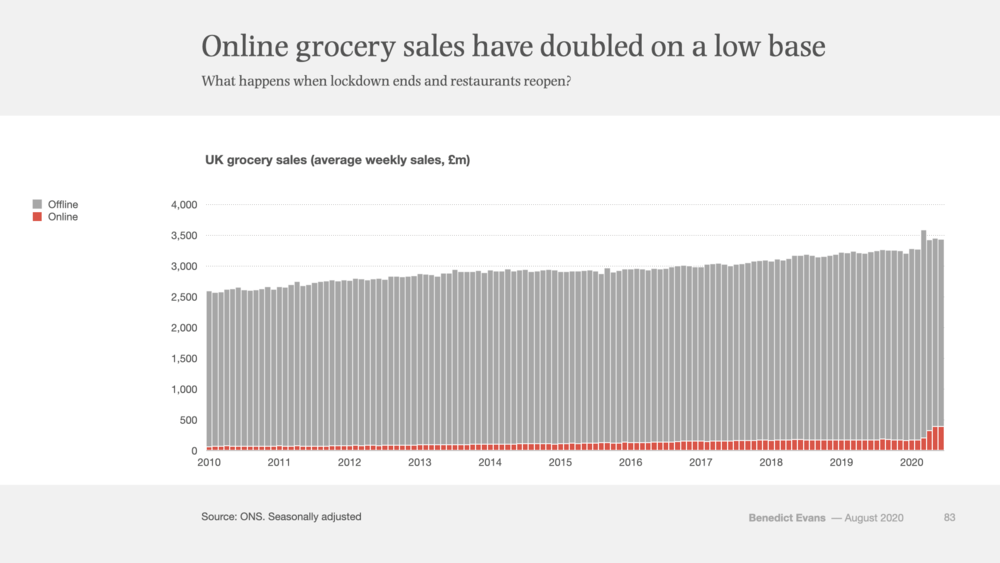 Finally, as we all know, these effects are very unevenly distributed. In a “normal” economic shock, the pain is concentrated on companies with weak management, strategy, balance sheets or strategy positioning, but here, it’s much more specific: bars & restaurants and travel, obviously, but also clothes. 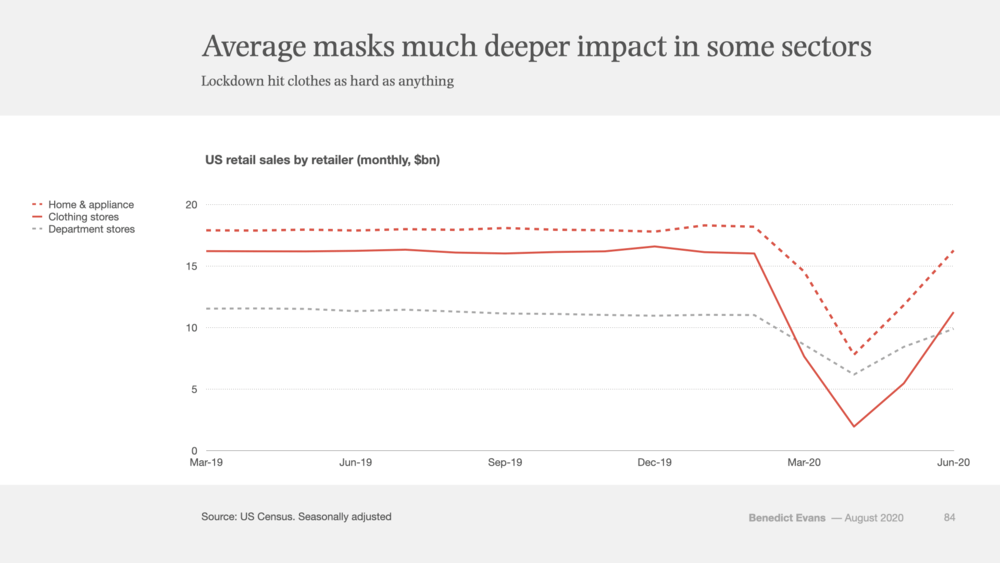 As I wrote here, we’re in a period of both forced experiment and forced experimentation. In January, everyone was online and willing to try anytime online: now we have no choice. So, some of this is the future happening more quickly, with years of growth being pulled forward, but some of it also is an experiment that won’t stick. We’ll find out which in the next six months or so.

Editor’s Note: The summary bullets for this article were chosen by Seeking Alpha editors.