Facebook’s virtual reality dreams have been a headache for the company.

At CEO Mark Zuckerberg’s prodding, the company has spent billions on Oculus and dealt with huge added complexities to their business, while encountering countless issues regarding the company’s founding team, a massive IP lawsuit, crippling supply chain issues and an impossible-to-satisfy user base. But for all the tears, that toil has given the tech world a weirdly poignant look at what’s possible when you attempt to brute-force an industry into existence.

Has Facebook convinced anyone out there that virtual reality is a technology we deeply need? Not so much.

And yet, six years after Facebook acquired Oculus VR, the company has released a device that feels meaningfully complete. In short, the new Quest 2 headset is a fantastic piece of hardware that showcases what a rewarding ecosystem can be built when you throw enough money and engineering talent at a dream. For all of the improvements that Facebook has driven to the Quest’s software since launch, I do still wish the platform was more diverse in its non-gaming offerings.

Arriving around 18 months after its predecessor launched, most users were likely expecting this update to host a minor spec bump, yet the Quest 2 is a true upgrade, making advances in about every way. It’s lighter, smaller, more powerful, easier to use and cheaper, now starting at $299. As the company kills off its Rift line of PC-only headsets, months after sunsetting its $199 Go headset, in some ways the Quest 2 feels like a last-ditch attempt at mainstream success. 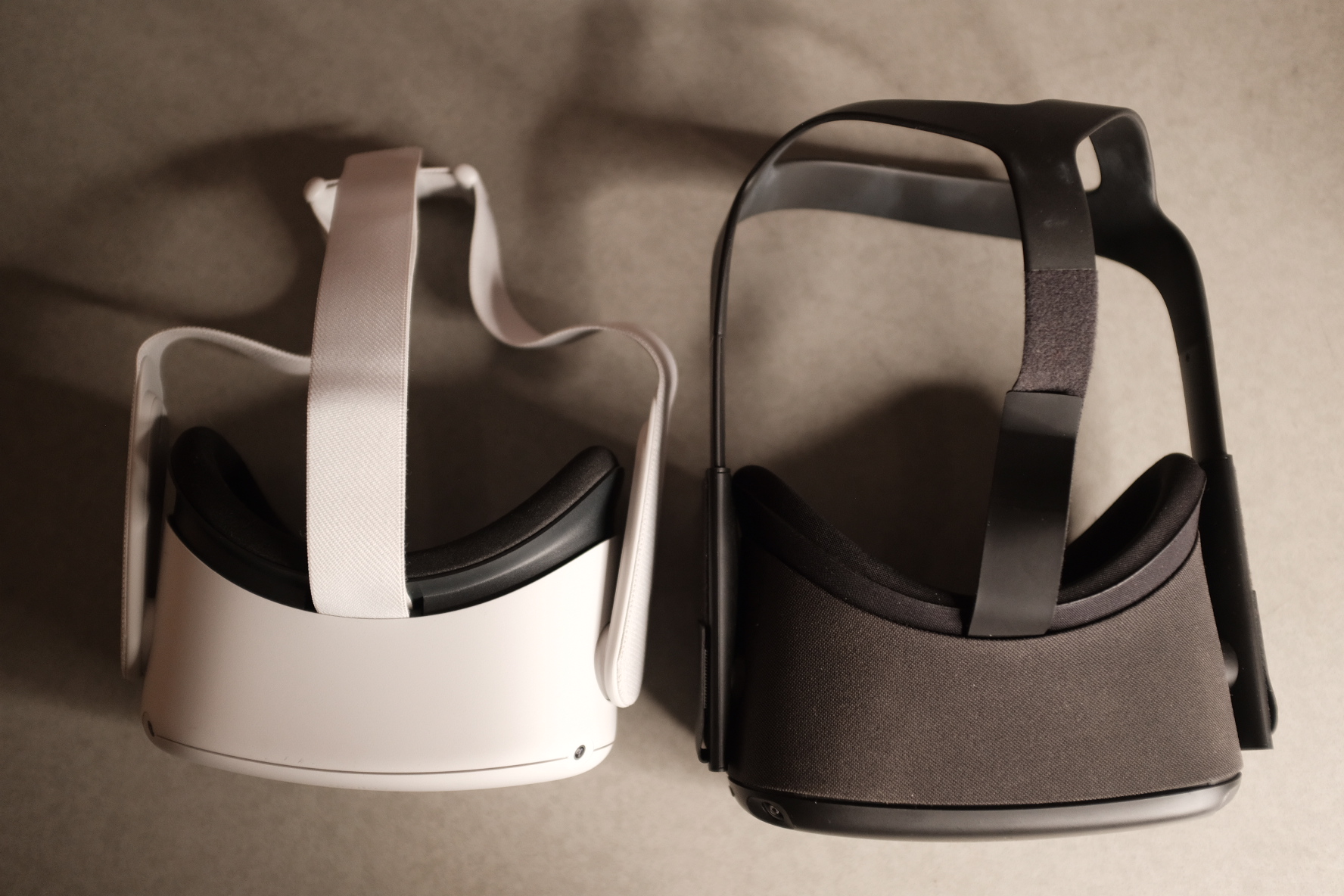 I thoroughly enjoyed the original Quest but its limitations were staring you right in the face. Games were limited because of the aged Qualcomm Snapdragon 835 powering the headset and the device’s OLED display felt too pixelated.

Facebook has thankfully delivered substantial updates to both the CPU/GPU and display, and I don’t have many complaints. The Quest 2 now uses the recently launched Qualcomm XR2 platform which delivers some steady performance gains over the 835. Oculus was a little coy about just how much better it performed, so I ended up getting on the phone with Hugo Swart, Qualcomm’s head of XR, who walked me through some details.

He wouldn’t speak to the individual implementation of the XR2 chipset on Quest 2, but did offer up some broad comparisons between the chipset powering it compared with the first-generation Quest. The high-level is that the XR2 is wildly more powerful than the Snapdragon 835, think doubled gains when it comes to CPU and GPU performance. For developers, this could mean doubling the visual complexity of titles, something that would allow them to more easily port PC experiences to the standalone headset. 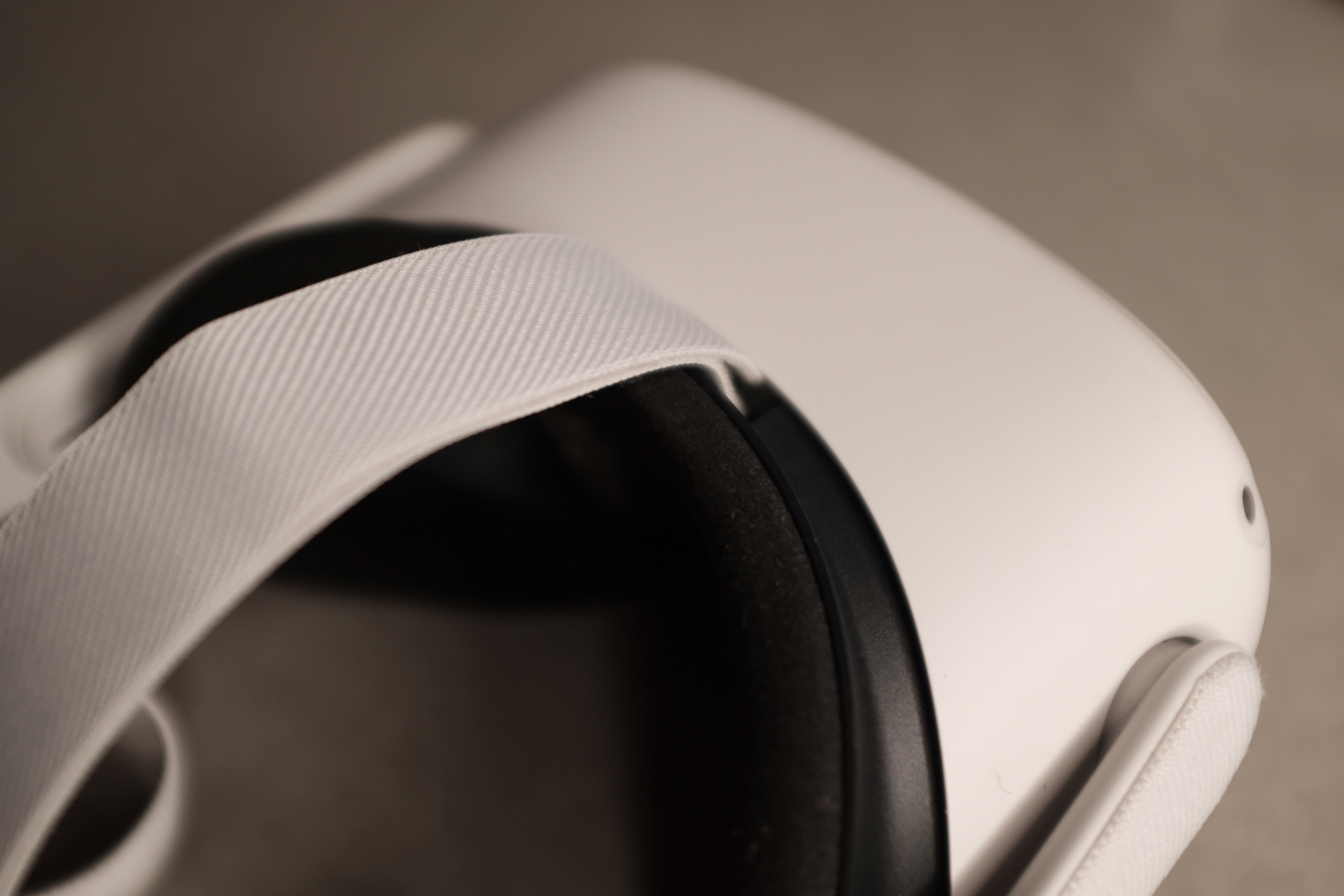 But before you get too excited, it’s unlikely that Quest 2 titles will be harnessing this full power. Having a chipset that’s 2x as powerful actually means two things: It can do things that are twice as complex, but it can also do things that are just as complex as its predecessor while using roughly half of the power. I would imagine Facebook will push developers to focus on the latter rather than the former, especially considering that the XR2 is now powering a higher resolution display.

Part of that is the result of launching a full successor 18 months after its predecessor and trying not to piss off early adopters who will also want to play the latest releases, but it’s also a result of Oculus choosing to optimize for form factor over software complexity. Oculus has shaved several ounces off of the device’s weight and part of this has actually come from reducing the size of the device’s battery. Oculus tells me the engineering team redesigned the battery for the Quest 2 and that it’s now 18% smaller and 29% lighter.

The new display moves from OLED to the Fast-switch LCD type that the company used on the Rift S. It still operates at 72hz, but Oculus says that it will be pushing 90hz refresh rates to the device “soon.” The most noticeable difference to users will be the enhanced clarity of the screen which boasts a different pixel layout as well as a lot more pixels than the previous generation, over 50% more in fact. In practical use, the new display is noticeably clearer and makes painful VR experiences like reading small paragraphs of text a lot less painful. 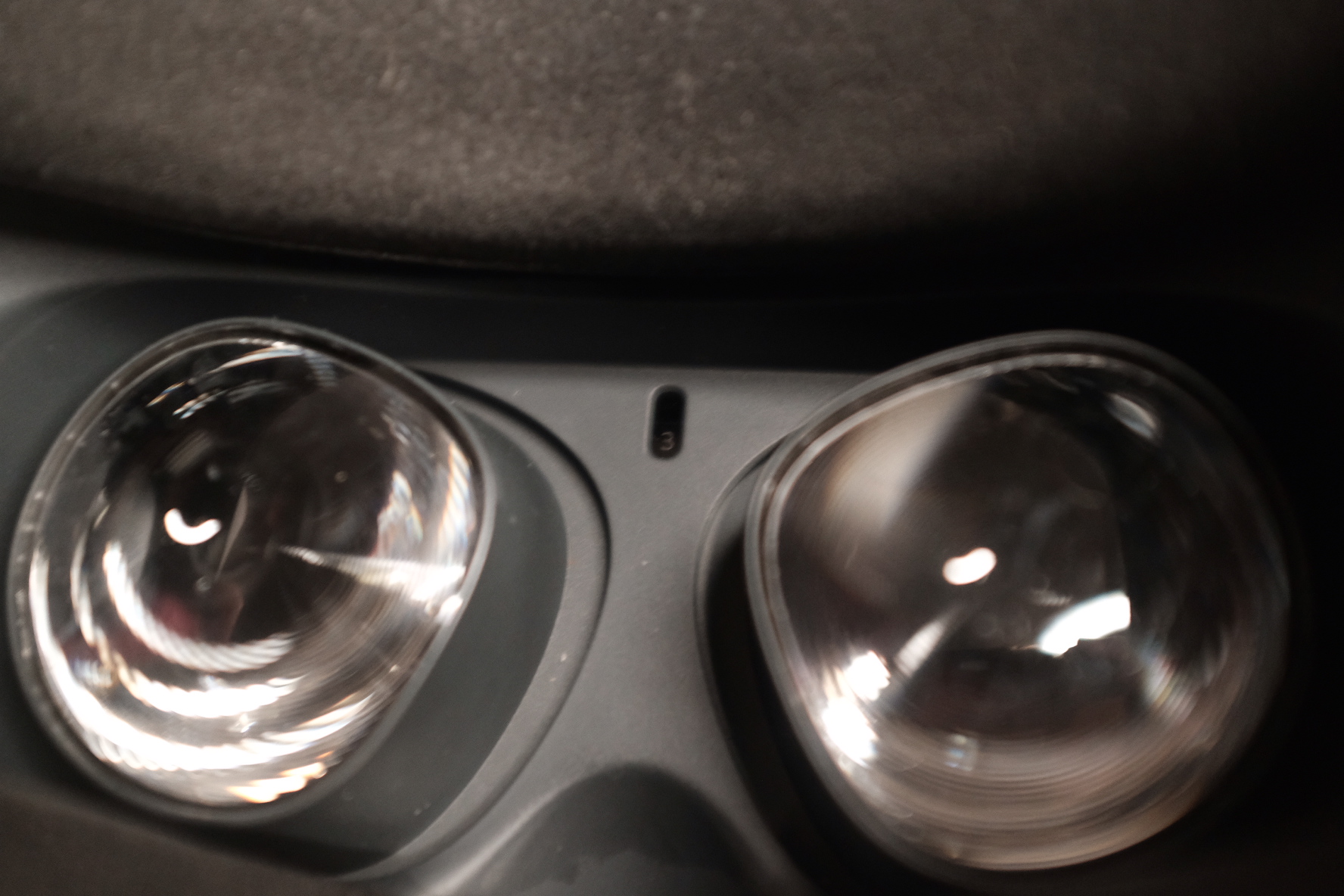 Another interesting change with the display is how IPD (inter-pupillary distance) is shifted. A big concern with early leaks of the Quest 2 was that users wouldn’t be able to adjust the distance between the lenses to account for different face shapes. Well, the Quest does indeed allow for multiple IPD adjustments, but it’s less precise and achieved in a different way. Instead of a button or dial, users just physically pull the lenses apart, snapping them into one of three settings, 58mm, 63mm and 68mm.

This won’t deliver a perfect experience for everyone, but is a relief for users that Oculus would follow in the footsteps of the Go and Rift S and just get rid of adjustable IPD altogether. 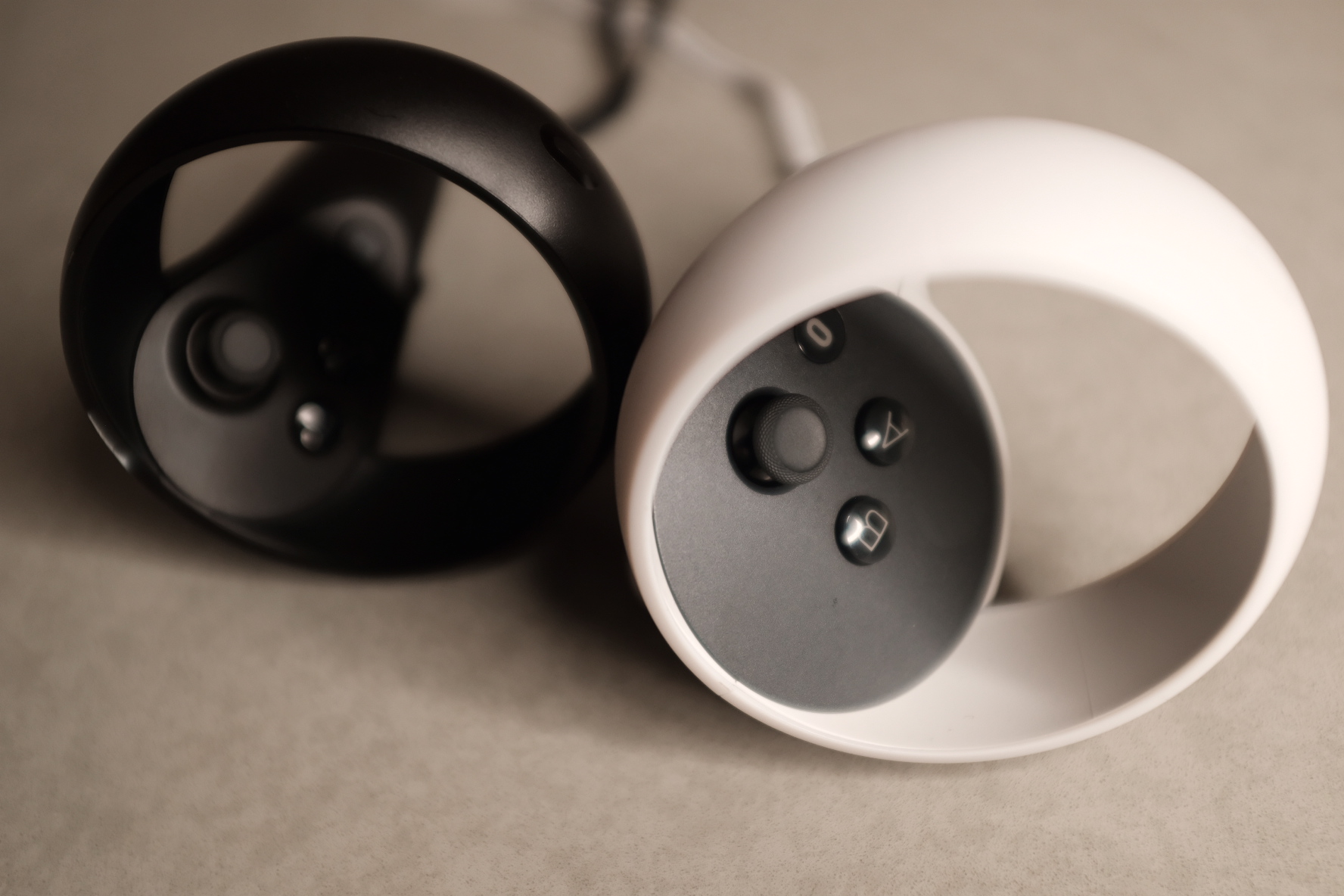 That brings me to the headset housing, it has ditched the fabric-covered enclosure of the original and is now completely hard-shelled with a new two-tone light gray and black design. I like the colors, which have more of a toy-like appearance and appear a bit friendlier. It feels significantly smaller than the original Quest and the 10% reduction in weight is also apparent to heavy users of the previous generation. I was worried a shift to a plastic shell would feel cheap like the Rift S did compared to the original Rift, but the new headset housing is a highlight of the new design.

The onboard speakers which are fit into the arms of the head-strap are, again, just okay. They work, though honestly you’ll probably want to score some good in-ear buds if you’re serious about getting immersed in the content. 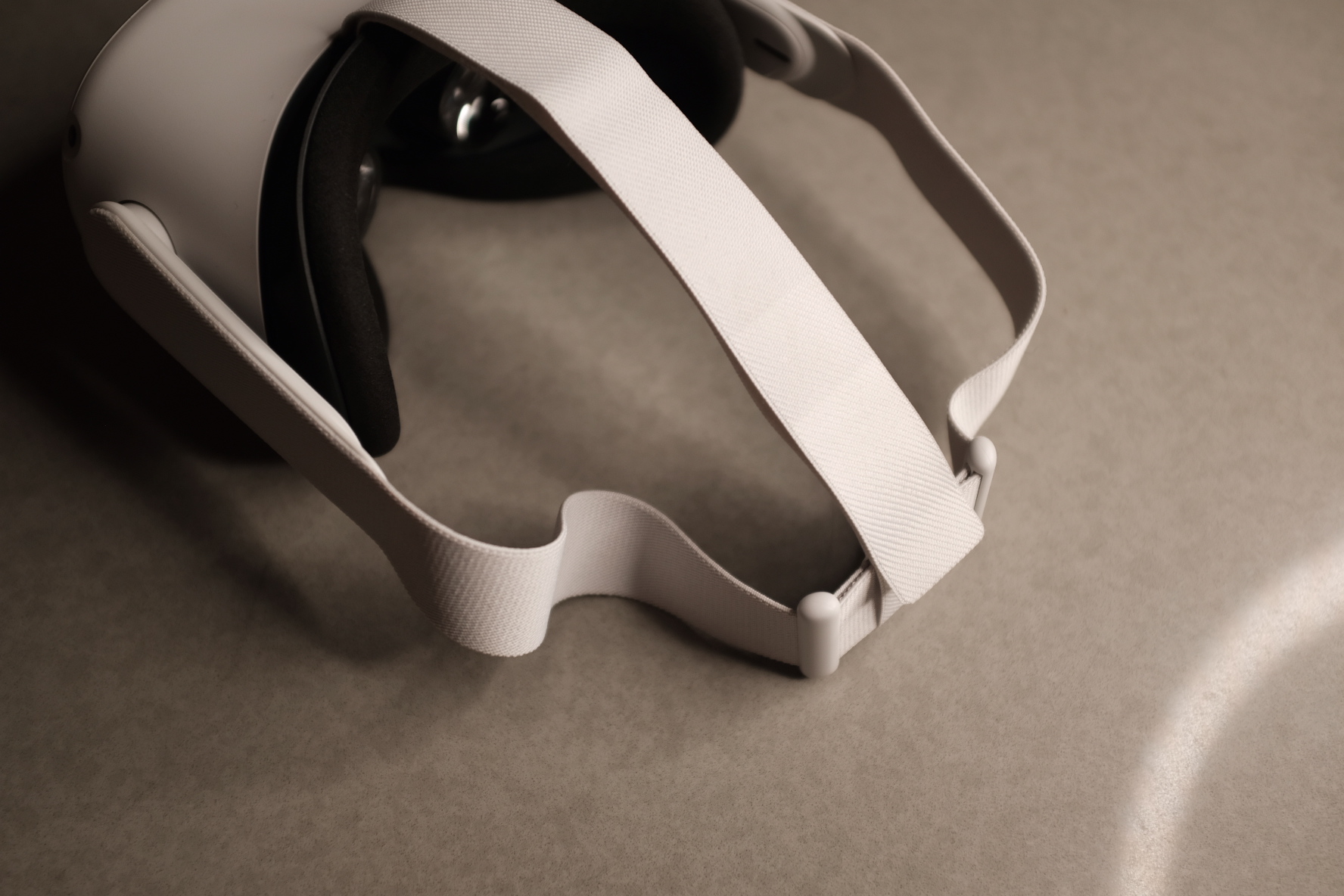 I’m not as satisfied with the decision to redesign the head strap to a fabric-only adjustable strap, which is worse that the previous generation and doesn’t redistribute weight quite as nicely. I’m sure this was done to reduce the base weight of the headset and its packable size, but I’m not convinced it was the right choice. Oculus is notably launching a pair of add-on rigid head straps which are built more like PC headsets including the $49 Elite Strap as well as a bundle that adds a small external battery into the back of the headset to extend playtime and redistribute weight more aggressively.

On the note of battery life, the company says the Quest 2 is sticking to the 2-3 hours of battery life depending on usage. I think the sweet spot for a device like this would be a bit longer, so it’s too bad that the company opted to set this as the goal, especially given that they actually shrank the size of the battery in this release. 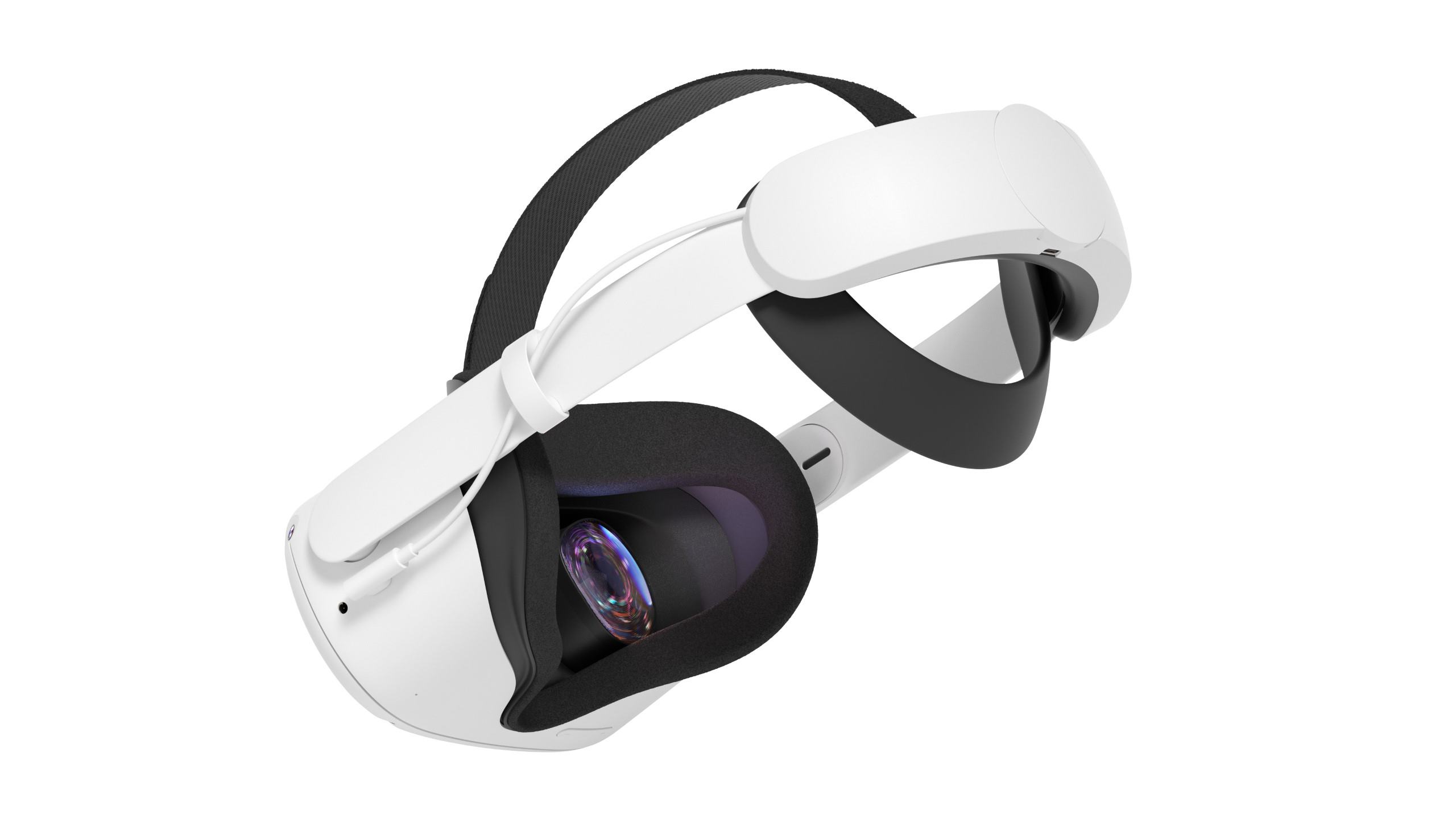 I want to touch on the Oculus software for a bit because it is actually crazy how much the Quest’s software experience has improved since its initial launch. All of these software perks have been evident to existing Quest owners who have seen the upgrades bringing items like hand-tracking and updates to the Oculus browser. Almost everything has been meaningfully improved from navigation to watching media content.

All of these improvements have highlighted some limitations with the platform, though; namely there’s still not enough non-gaming content. I worry that so many of the VR-curious platforms have already grown tired of VR and decided it’s not worth the effort of maintaining a separate app. I almost wish Oculus would start integrating Android apps to the screen to passively flip through in between gaming sessions and media viewing. The Oculus browser is passable but I’d love to get quicker slightly more native access to doing some of the things I can on my phone. It seems like the platform is ready to move more in that direction. 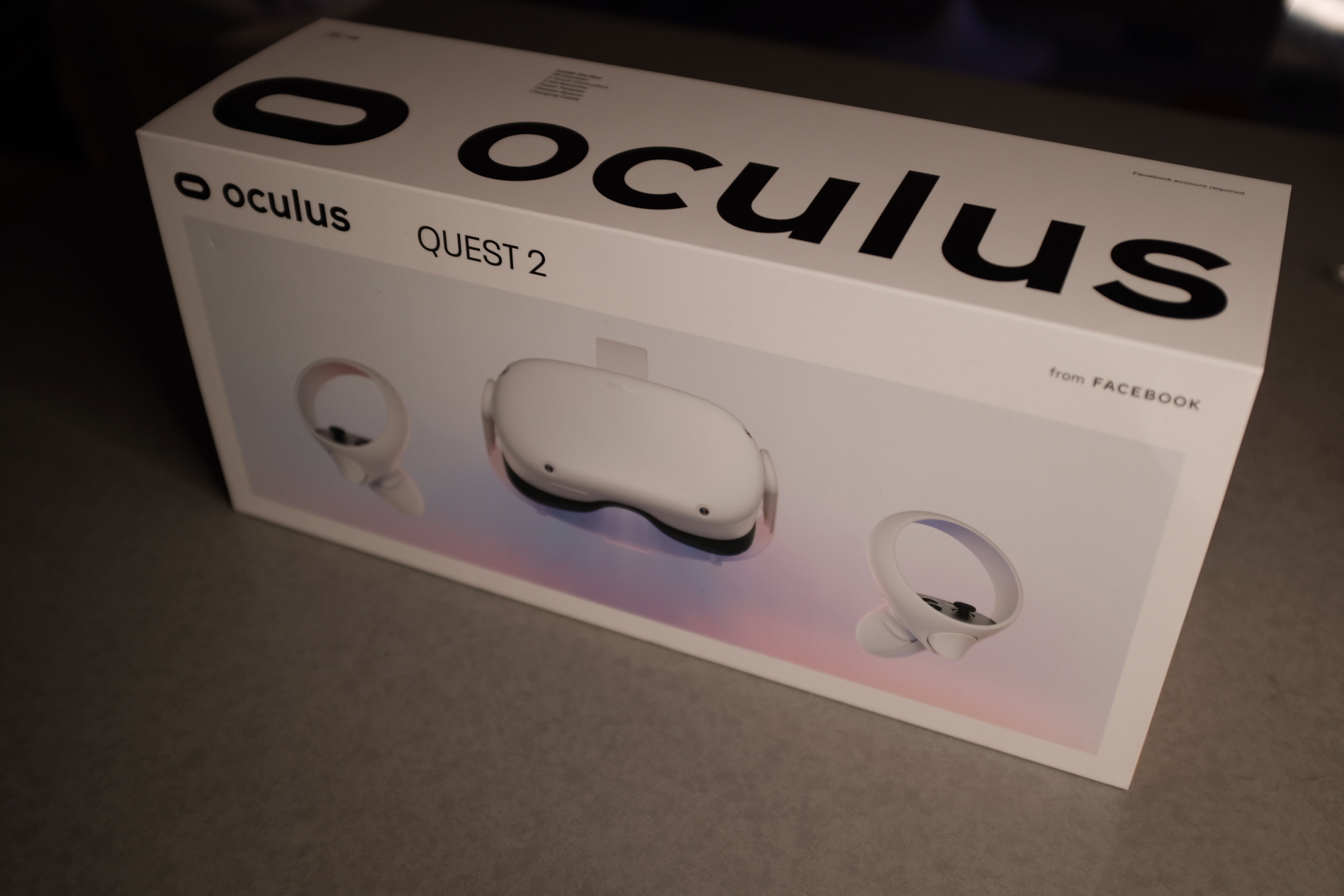 One clear difference in the onboarding for this device compared to past hardware is that a Facebook account is now required to activate the headset. For a small subsection of folks this might be a dealbreaker, but it’s not the most surprising development, as Facebook has been slowly opting to treat Oculus as more of an internal division rather than a distinct organization.

The fact is, a decent amount of people do hate Facebook. After I watched the so-so documentary The Social Dilemma on Netflix this weekend, it’s also becoming clearer to me that even if popular culture trends back towards an excitement and hopefulness surrounding the tech industry over time, the scrutiny being paid toward the impact of social media companies on society will probably continue to drive distaste for Facebook. That’s a liability for Oculus, but time will tell how substantial of one it is. 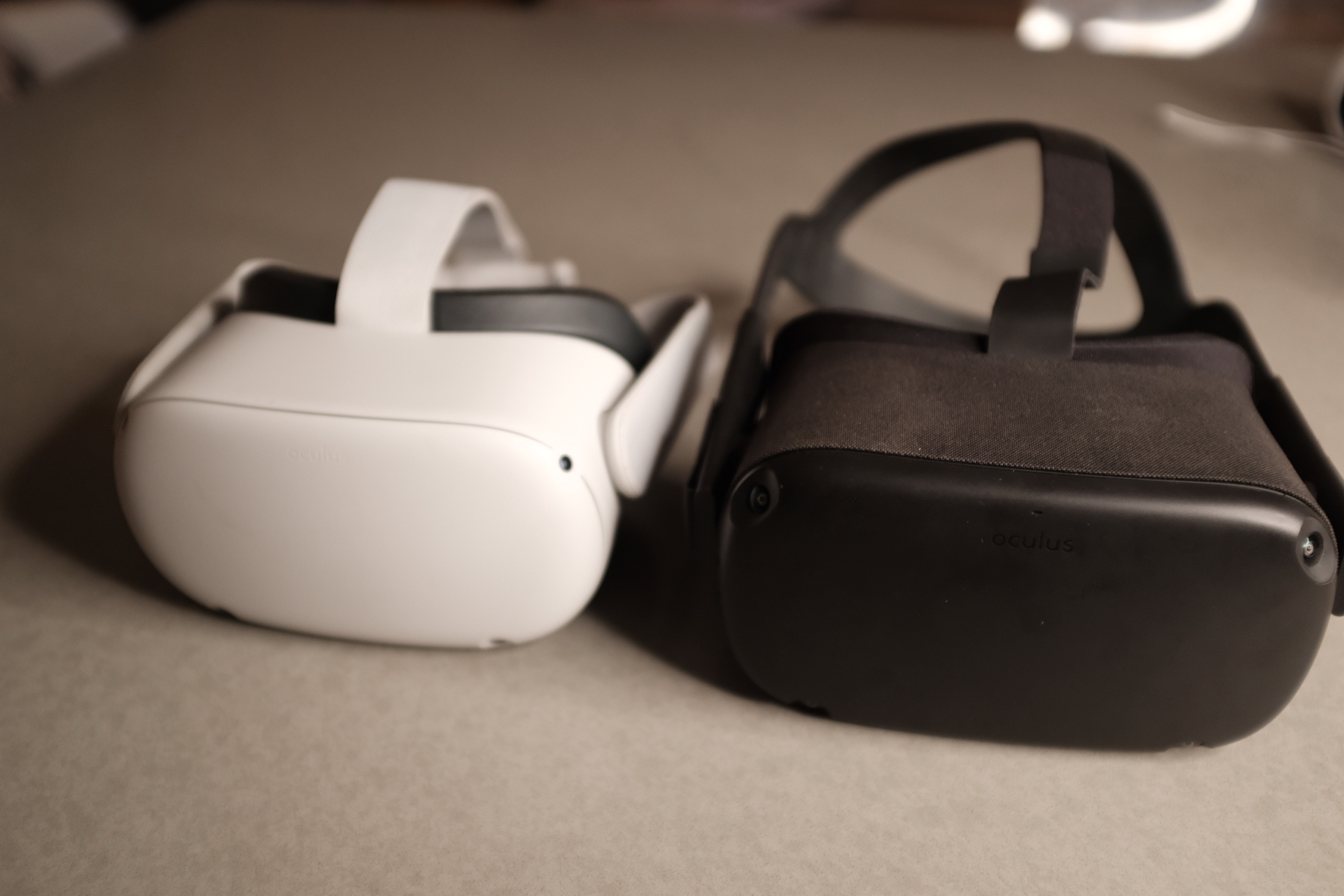 It is surprising to see such a revamp coming just a bit more than one year after the original Quest’s launch, but the new hardware is a sign of Oculus itching to double down on a new direction wholly focused on a single, more accessible device driving their vision.

This is the most convincing argument Oculus has made for VR since its inception and pricing the device at $299, on par with a Nintendo Switch, will likely open up more folks to the vision. For existing Quest owners, this release will probably be a tad frustrating, because I think it’s worth the upgrade and its coming in so quickly even as Facebook has struggled to keep the original Quest in stock.

It’s a fantastic VR device, but the question I’ve struggled with is whether a fantastic headset is still a great gadget. It’s still largely for gamers and will still fall danger to getting mainstream users excited for a few weeks and then spending the rest of its life in the closet.